I am finally starting to make a dent in the pile of things I could be using, but aren't. A friend gave me a motherboard, case, graphics card and power supply over about 18 months, in the past fortnight I finally put it all together and had a working computer. 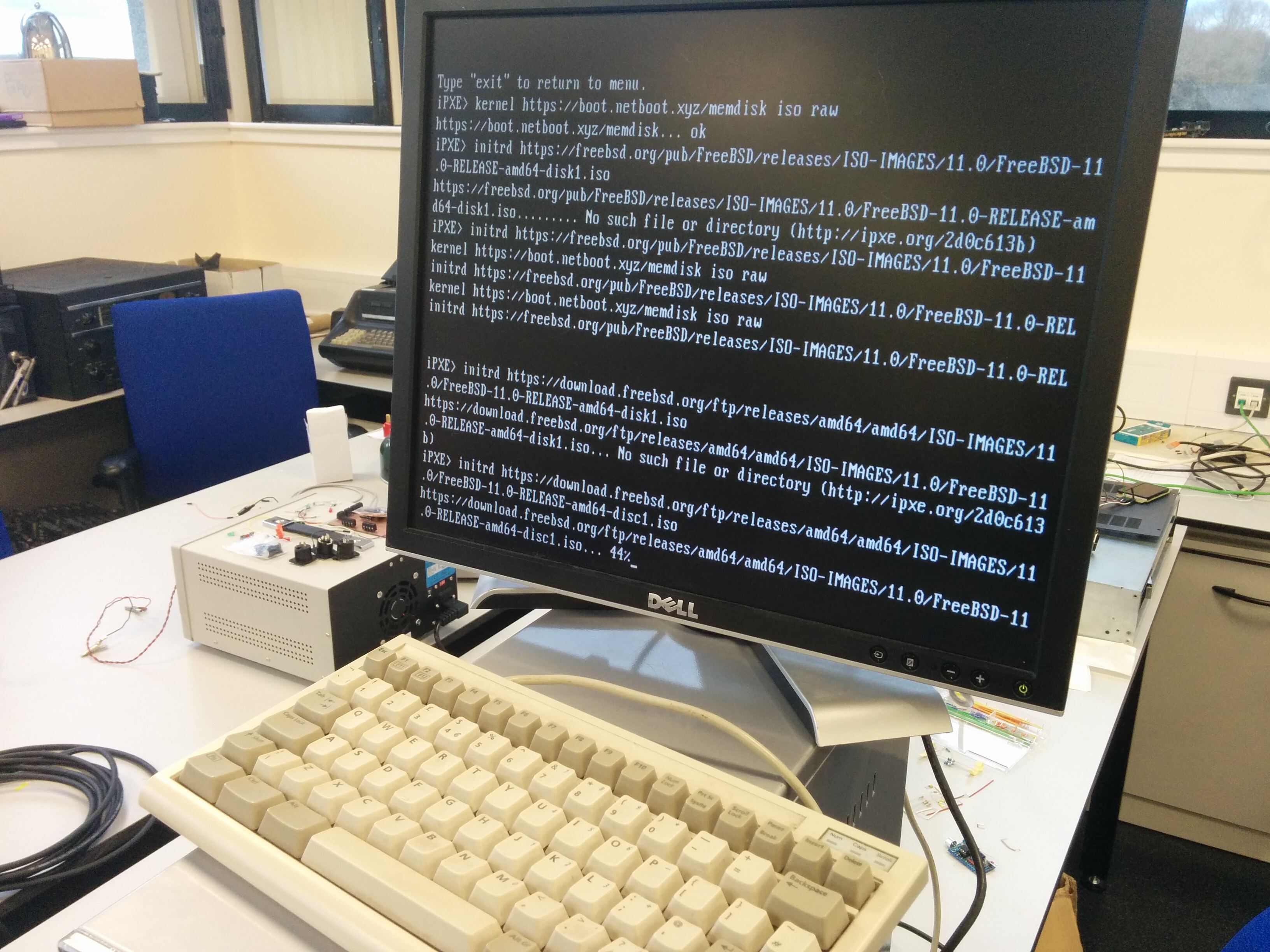 The machine came up no problem, one of the drives I recycled from another machine and it already had FreeBSD on it. It turns out the motherboard I was given doesn't want to boot from USB at all.

We tried all the different configurations and eventually fell back to using PXE. There is an excellent graphic PXE boot environment available from netboot.xyz, there was a FreeBSD entry in the OS boot menu, but it this is not a supported boot method for FreeBSD.

netboot.xyz uses a mfsboot FreeBSD image to launch a live system over PXE. The image is created with a set of scripts available on github. FreeBSD supports booting from a bundled memory image configured with the kernel config, it looks like that is the feature that makes all of this possible.

It is Sunday, so that makes seven days of writing.