In the distant past before smart phones became identical black rectangles there was a category of devices called palmtops . Palmtops were a class of PDA PC thing that fit in the palm of your hand. Today the Psion 5 series of devices most often capture peoples attention. Not only are they small and awesome, but they have something like a real keyboard.

This form factor is so popular that there are projects trying to update Psion 5 devices with new internals. The Psion 5 is the sort of device I have complained isn't made for a long time, at some point I picked one up on ebay with the intention of running the NetBSD port on it.

Earlier this year the world caught up and two big crowd funding projects appeared for modern Psion like palmtop devices. Neither the Gemini or the GPD Pocket campaigns convinced me that real hardware would ever appear. In May reviews of the GPD Pocket started to appear and I became aware of people that had backed and received their earlier campaign for the GPD WIN .

With a quirk in indiegogo allowing me to still back the campaign I jumped on board and ordered a tiny little laptop computer. 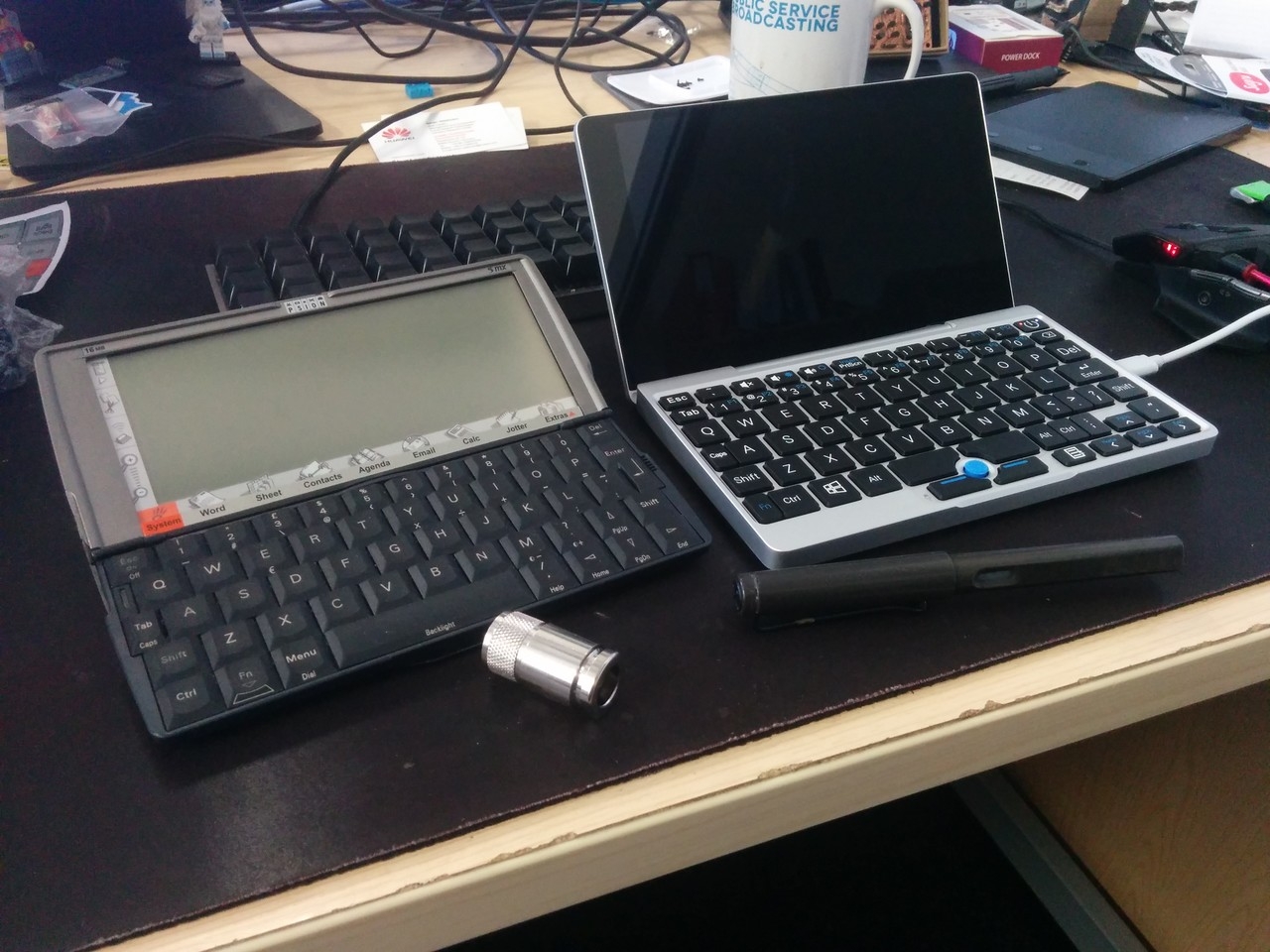 FreeBSD is the only choice of OS for a pc computer . Support is good enough that I could boot and install without any real issues, but there was enough hardware support missing that I wanted to fix things before writing a blog post about it.

Somethings don't work out of the box others will need drivers before they will work:

The most obvious issue is the display panel, the panel it self reports as being a high resolution portrait device. This problem exists in the bios menus and the windows boot splash is rotated for most of the time. 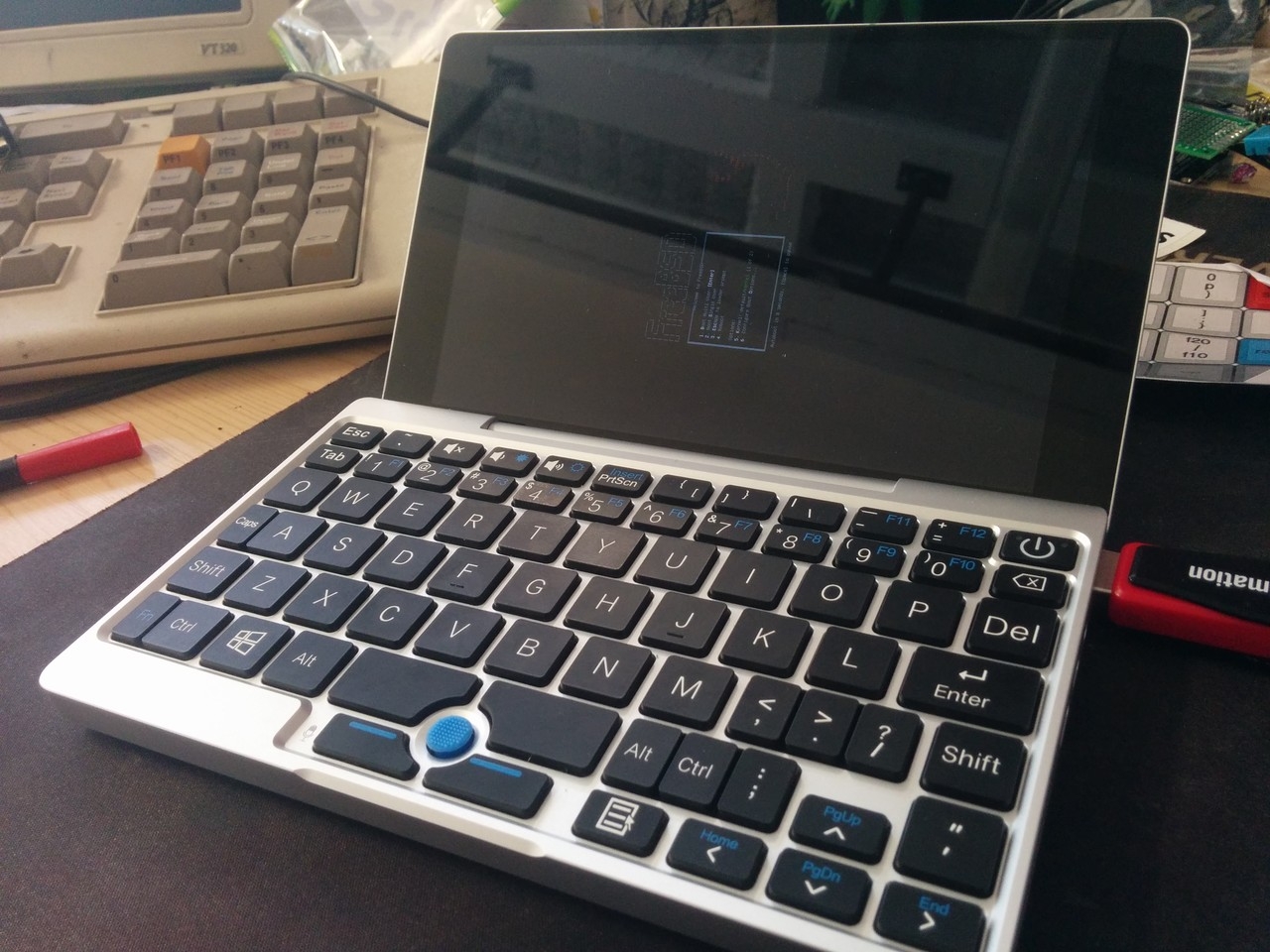 Of course the FreeBSD bootsplash and framebuffer are also rotated, but a little neck turning makes the installer usable. Once installed we can address the rotated panel in X, accelerated graphics are probably in the future for this device, but the X framebuffer drive is good enough for FreeBSD hacking.

With X we can sort of the rotation problem. xf86-video-scfb is required to use the framebuffer .

And the following lines have to be added to /usr/local/etc/X11/xorg.conf.d/driver-scfb.conf 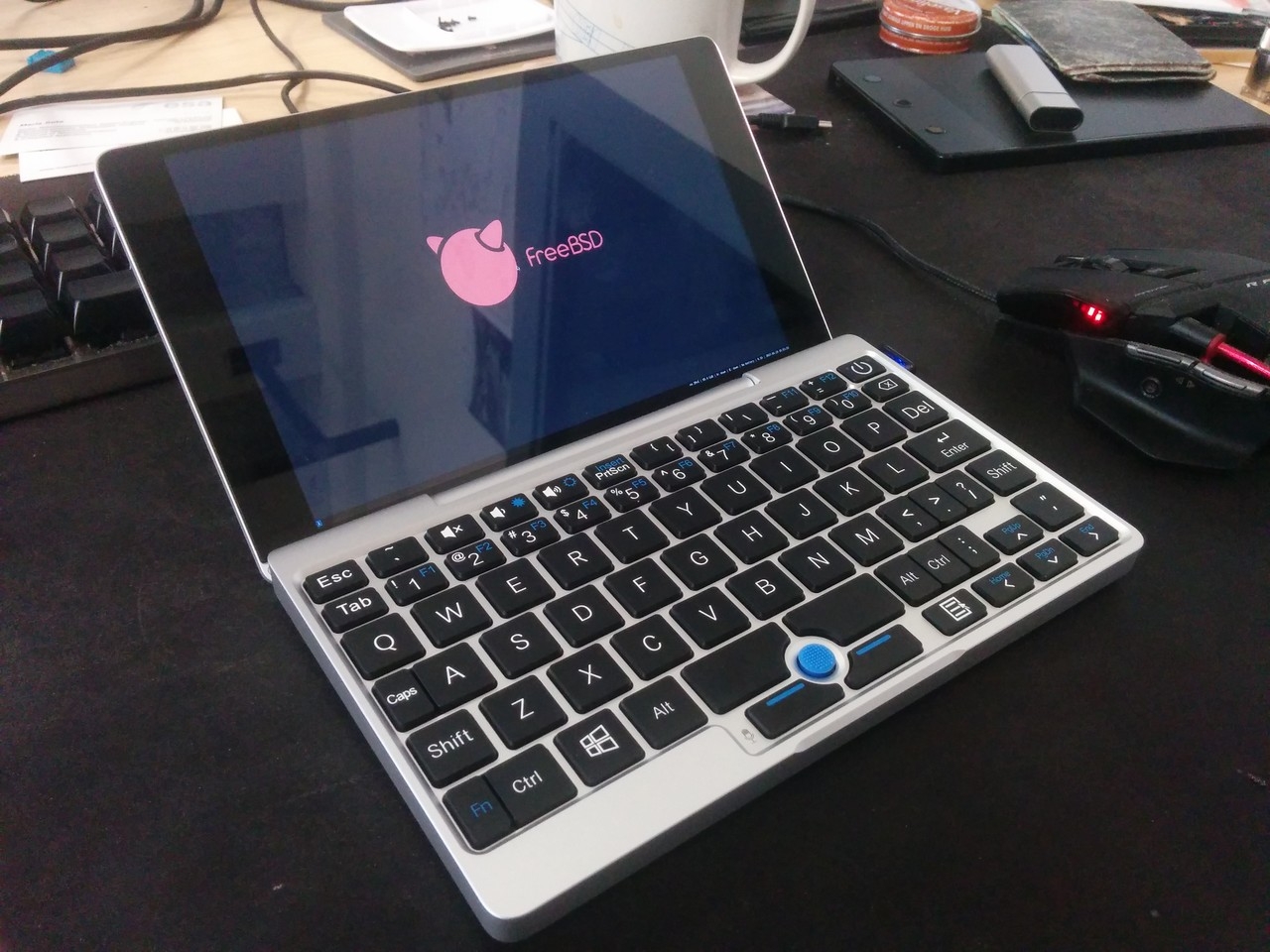 The screen resolution is still super high, there doesn't seem to be anyway to do DPI hinting with the framebuffer driver (or in i3 at all), but I can make terminals usable by cranking up the font size.

Some faffing trying to debug the problem with gavin@ at BSDCam and we got both keyboard and mouse working. For some reason my planck keyboard presents as a mouse among other things, pluggin in a mouse and power cycling the USB device caused ums(4) to correctly probe and attach.

Add these lines to /boot/loader.conf

The dmesg shows some problems with ACPI probing, this is probably the source of some of the device problems.

Wifi, bluetooth and graphics are bigger problems that will hopefully be caught up in others work and made to work soon. The touchscreen controller is adding a driver and support for Cherry View GPIO, there are datasheets for these and I am working on them.

No battery level indicator makes it annoying to use the GPD Pocket out and about. Without a driver the charge controller is using a really low current to recharge the battery. Datasheets are quite readily available for these devices and I am writing drivers now.

The Pocket is a great little device, I think its 'cuteness' makes everyone fall in love with it on first sight. I am really looking forward to getting the final things working and using this as a daily device.